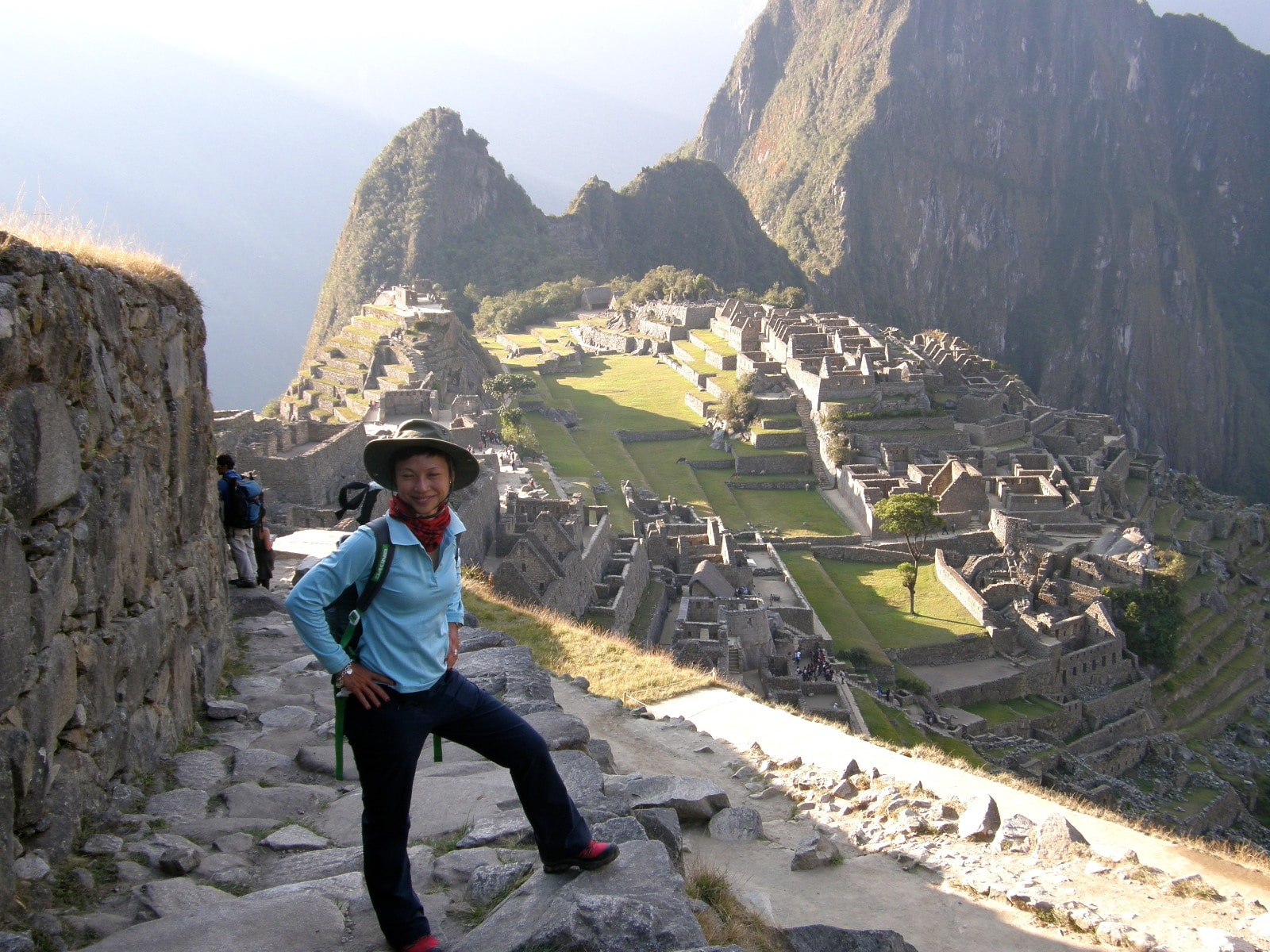 CC Kat on the sacred Inca Trail – the end

4 days and 3 nights ascending 1000m and traversing 40km of the Andes mountains to reach the sacred hidden city of the Incas – Machu Pichu.

The 5 most important items in my daypack :

The first day was long, 12km, but a relatively gentle ascend. Lunch was by a running stream. The freezing cold stream water was welcome as the sun was hot.

First taste of what camp wouldbelike as we sat in our dining tent. Not bad at all. Delicious open ‘wanton’ salad and sandwiches.

Last stop to buy any essentials before we left civilization behind. The words at the top of the window reads ‘Shopping center. We accept Visa and Mastercard’.

Set camp at 3200m above sea level. Zero degrees temperature at night. Saved by the thermal undies and down jacket.

This was the toughest day as we climbed a 1000m to reach the highest point of the trail. 10 hours and 11km of grueling ascend and descend. Dexamethasone steroid, Ibuprofen, Diamox, hydration and sunblock, sunblock, sunblock.

Pasta for lunch and a head and neck massage.

This was meant to be a relatively easy and picturesque part of the trail but hubby was very unwell from dehydration. I became seriously worried as he gasped for air every few steps. Plied him with more steroids and electrolyte drinks and he just about made it to the next camp.

Third and final campsite at Phuyupatamarca (City above the clouds) was the most spectacular as we had a 360 degree view of the whole Andes Mountains. Machu Pichu was just out of sight, around the next mountain range. Amazing star gazing of the Southern Cross and the Milky Way. And then the Sunrise

We descended 1200m and traversed 8km to Machu Pichu. Hubby fully recovered and cheerful. Beautiful cloud forest as the clouds rise up to meet the trail. The orchid flower is the Peruvian national flower. My favourite is the Winaywayna (Forever Young), my namesake.

Beyond the Sun Gate, was the first glimpse of Machu Pichu. It was an emotional and teary moment for some of us.

We have followed in the footsteps of the Incas 500 years ago, travelling across mountain ranges to reach their sacred city in the clouds. It has been a physical, mental and spiritual challenge but the end has been worth every painful step and gasping breath.

Watch out for our next adventure trek – Africa?